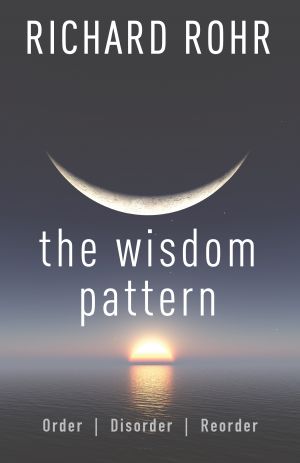 Through time, a universal pattern can be found in all societies, spiritualities, and philosophies. We see it in the changing seasons, the stories of Scripture in the Bible, the life, death, and resurrection of Jesus Christ, the rise and fall of civilizations, and even personally in our lives. In this updated version of one of his earliest books, Father Richard Rohr clearly illuminates how understanding and embracing this pattern can give us hope in difficult times and the courage to push through disorganization and even great chaos to find a new way of being in the world.

“We are indeed 'saved' by knowing and surrendering to this universal pattern of reality. Knowing the full pattern allows us to let go of our first order, trust the disorder, and, sometimes even hardest of all—to trust the new reorder. Three big leaps of faith for all of us, and each of a different character.” —from the introduction.

Fr. Richard Rohr is a globally recognized ecumenical teacher bearing witness to the universal awakening within Christian mysticism and the Perennial Tradition. He is a Franciscan priest of the New Mexico Province and founder of the Center for Action and Contemplation (CAC) in Albuquerque, New Mexico. Fr. Richard's teaching is grounded in the Franciscan alternative orthodoxy—practices of contemplation and lived kenosis (self-emptying), expressing itself in radical compassion, particularly for the socially marginalized. Fr. Richard is the author of numerous books, including Everything Belongs, Adam’s Return, The Naked Now, Breathing Under Water, Falling Upward, Immortal Diamond, and Eager to Love: The Alternative Way of Francis of Assisi. Fr. Richard is academic Dean of the Living School for Action and Contemplation. Drawing upon Christianity's place within the Perennial Tradition, the mission of the Living School is to produce compassionate and powerfully learned individuals who will work for positive change in the world based on awareness of our common union with God and all beings. Visit cac.org for more information.